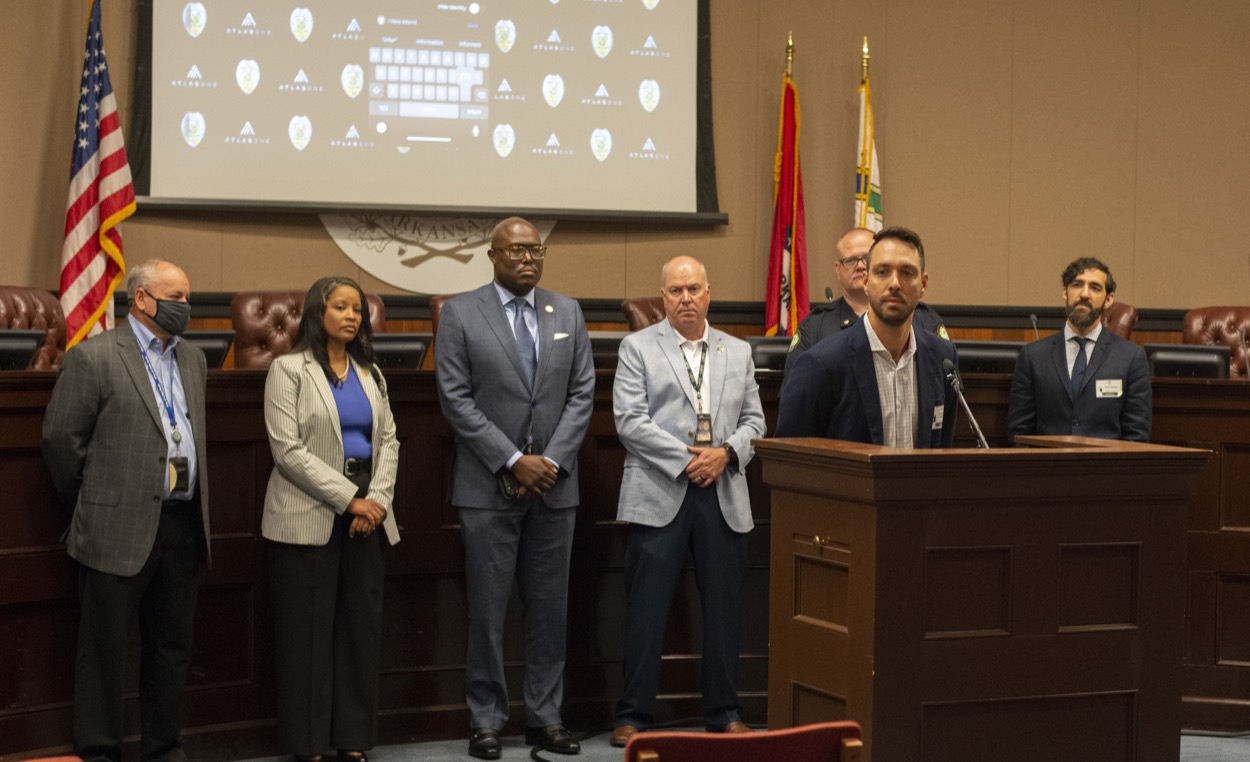 The Little Rock Police Department is the first public safety agency in Arkansas to crowdsource tips and evidence in real-time with a new app, YourLRPD, for iOS and Android devices

Ready to get started?

JACKSON, TENNESSEE – August 29th, 2022 – The Jackson Police Department has announced they are the first public safety agency in Tennessee to crowdsource digital evidence and crime tips in real-time using Atlas One. The free iOS and Android mobile application sends residents real-time alerts about nearby 911 calls, allowing Jackson PD to crowdsource tips, evidence, and feedback. The partnership with Atlas One highlights Jackson PD’s efforts to further enhance transparency and citizen engagement with the residents they serve.

The app allows the Jackson Police Department to publish real-time alerts when 911 calls occur nearby a residents GPS location, or through favorite places they have registered, such as their home, workplace, or children’s school. If a 911 call occurs within a few blocks, the user will be notified and be given the opportunity to share real-time information directly with Jackson PD. Residents have the option to submit messages, pictures, and video anonymously, and readily have a two-way text conversation with a Jackson PD police officer.

“Launching real-time 911 alerts with Atlas One showcases Jackson PD’s dedication towards increasing transparency and trust with our community,” said Lt. Brien Turner. “To reduce crime, we need the community's help. Atlas One is a real-time crime fighting tool that will provide residents with the ability to make a difference in our community.”

“Public safety agencies across the nation are facing staffing shortages, and need to embrace innovative technologies that create a force multiplier to fight crime,” said Kushyar Kasraie, CEO of Atlas One. “The community is the ultimate force multiplier, and today the Jackson Police Department is taking a major step towards this goal, by providing the community with unprecedented access to real-time crime information, and equipping them with tools to crowdsource public safety.”

Jackson residents can download Atlas One on iOS and Android smartphone devices for free. Simply sign up and start receiving alerts about nearby 911 calls. While Jackson PD is the first public safety agency in Tennessee to release Atlas One’s modern reverse-911 solution, neighboring jurisdictions are expected to join later this year.